Recent high-profile data breaches have made organizations more concerned about their application security vulnerabilities, which can affect their businesses if their data is stolen. To avoid such application breaches these security vulnerabilities in the applications are to be identified and should be dealt with before it can be exploited. So, adding application security testing methodologies like SAST and DAST to their software development workflows is a very important norm that should be followed nowadays. 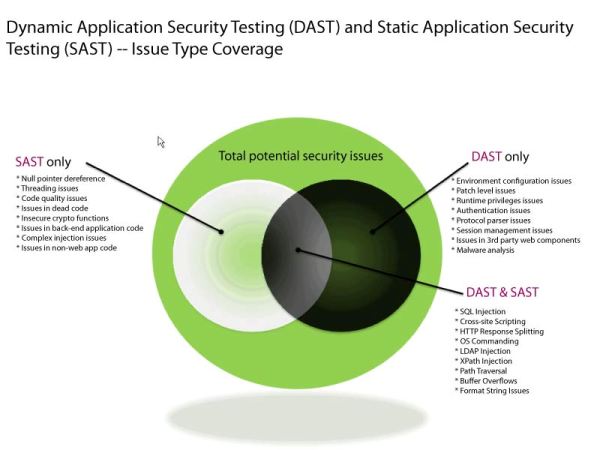 SAST is the technique that is carried out in the early stages of the development lifecycle where the tester will have access to the application’s source code and its design, so any security issues in the application can be found and dealt with before the code enters the QA life cycle. In SAST, since the tests are carried out at an early stage of the life cycle, the issues found will be less expensive and much easier to fix. But a drawback is that since the tests are done with a static code any security issues that are present in the run time environment cannot be detected.

DAST is the technique that is carried out in the later stages of the development lifecycle where the tester has no knowledge of the technologies or frameworks that is used to build the application. The application is tested from the outside in. This type of testing mimics an approach that a hacker uses to attack the application. This technique finds the security vulnerabilities in the application towards the end of the SDLC, so, therefore, fixes for issues found using this technique is much more expensive compared to SAST. The tester will be able to find any runtime vulnerabilities since these kinds of tests are done on a running application in an environment that is equal to the production, 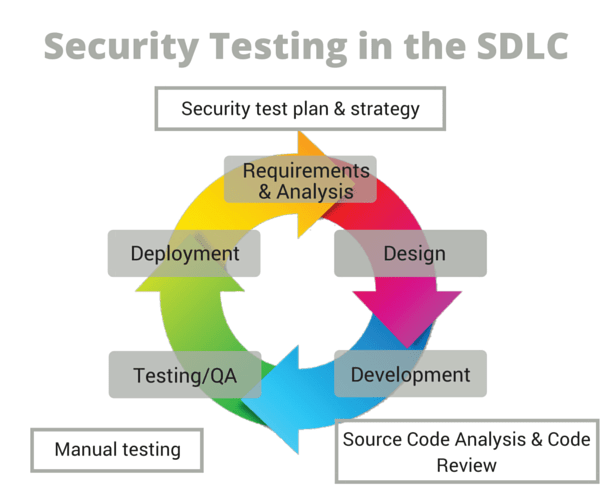 There are various tools available in the market that can be used to conduct these tests. SAST tools are designed to find security flaws in code and provide best practice tips for better coding by providing source code analysis techniques.

Below are a few popular SAST tools:

A DAST tool examines an application from outside when it is running, to crash it just like an attacker does. DAST scanners are not technology dependent. This is because DAST scanners test the applications from outside in. It works with any programming languages and frameworks, both off-the-shelf and custom-built ones.

Below are a few popular DAST tools:

The following are some of the most useful features of this tool:

Using this tool, the tester can get results of multiple tools with just a single tool. Above mentioned tools are just a few commonly used tools available in the market.

We cannot say that SAST is better than DAST or vice versa. Both are unique and have different approaches to test an application. So, therefore, implementing both the techniques into our SDLC is the best practice to ensure security for our application. As Tim Cook once said

“In the world of cybersecurity,
the last thing you want is to have a target painted on YOU.”

An experienced Software Test Engineer and with a demonstrated history of working in the Quality Assurance services. Skilled in Manual Testing, Automation Testing, Security Testing and Performance testing.

An experienced Software Test Engineer and with a demonstrated history of working in the Quality Assurance services. Skilled in Manual Testing, Automation Testing, Security Testing and Performance testing.